NYCHA replaced the official responsible for ensuring it complies with health and safety rules after criticism that Mayor de Blasio gave the important job to a political patronage hire.

Vilma Huertas-Cymbrowitz, named chief compliance officer last July, was replaced on Monday with three officials who will be responsible for overseeing NYCHA’s conformity with the same crucial regulations it’s flouted for years.

The scandal-scarred authority restructured the federally-mandated compliance office this week by adding a “quality assurance unit” and an environmental health and safety department, officials announced on Wednesday.

Restructuring of the compliance office – and choosing a new chief compliance officer – were specified in an agreement reached by de Blasio and the feds in January to settle a bombshell complaint alleging years of mismanagement at NYCHA.

Huertas-Cymbrowitz was made a special advisor to the NYCHA chair as part of the staffing shuffle.

The head of the City Council’s investigations committee blasted her as “patently unqualified” when she was made chief compliance officer last year. Bronx Councilman Ritchie Torres also said at the time that putting her in the job violated the intent of a federal consent decree, which NYCHA denied.

“I feel vindicated,” Torres said. “I was the first to expose NYCHA’s ploy to reduce the Chief Compliance Officer to little more than a patronage position. The CCO can and should be a catalyst for reform, rather than a creature of a failed bureaucracy.”

De Blasio and the authority entered into that consent decree after federal prosecutors sued City Hall in June 2018 alleging NYCHA officials for years lied and covered up their failure to address health and safety concerns in their developments, including toxic lead paint, mold contamination, heating outages and faulty elevators.

A federal judge shot down the consent decree last fall for being insufficient. In January de Blasio agreed to a settlement that includes a federal monitor and $2.2 billion in city funding for NYCHA over the next decade. NYCHA consulted with the monitor on the compliance office changes.

“Today, NYCHA named leaders – working in consultation with our Monitor – to the three new and restructured departments called for in the Agreement,” interim NYCHA chair Kathryn Garcia said in a statement. “The appointments reinforce NYCHA’s commitment to accountability, compliance and quality assurance, and most importantly improving quality of life for our residents.”

The city has until mid-May to name a permanent NYCHA chair after missing an April deadline. As part of the settlement, the chair must be picked from a shortlist OK’d by U.S. attorney for Southern District of New York and the federal department of Housing and Urban Development. 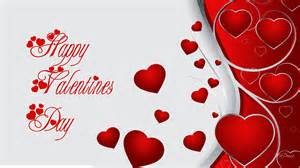